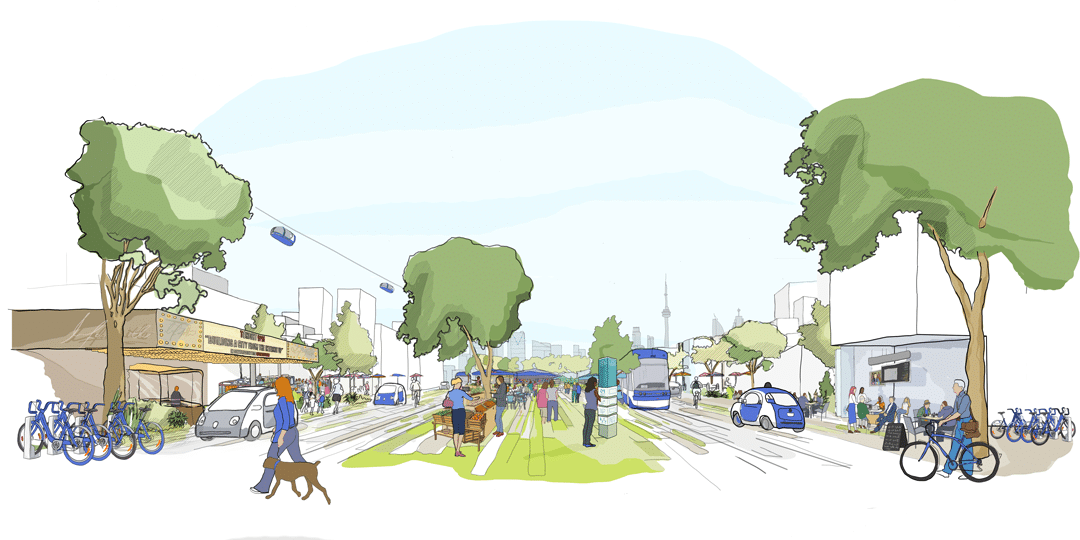 To transform a neighborhood of Toronto into a testing ground for the city of tomorrow: this is the ambitious project of Sidewalk Labs,  a subsidiary of Alphabet (Google) specialized in innovating urban planning. The company unveiled mid-august new conceptual illustrations for this “smart city” not quite like the others.

It’s done: the last 31st of July the Waterfront Toronto’s board unanimously agreed to work with Sidewalk Labs to reinvent a part of the city and gives us a glimpse of large cities’ future. The joint project Sidewalk Toronto is officially launched. 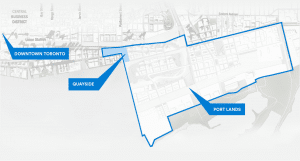 Located in Quayside, this district of a new kind will not use technology just to prove its innovative nature. The key pillar of this project – which total cost is estimated at 1 billion dollars by the Wall Street Journal – is to use both digital applications and urban design to provide some answers to numerous challenges we are already facing today. Among them: longer commutes, higher rents and overpopulation leading to fewer employment opportunities. Former industrial site, Quayside is an ideal candidate for urban rehabilitation.

Once a New York City deputy mayor, Daniel D. Doctoroff is now the co-founder of Sidewalk Labs. According to him, we’re experiencing the fourth revolution of urban technology. Each of them shook the way we build cities in their own way. The steam engine brought trains and industrialization in urban areas. Electricity transformed cities in 24h/24 living places and buildings became more and more vertical. Finally, the age of automobile forced us to rethink our roads, our infrastructures and more globally the public space in order to separate the different means of transportation.

This supremacy of the individual automobile in urban environment is shifting. With the multiplication of mobility offers and the digitalization, the transportation market is once again evolving. And so must our cities. We have the necessity, and we could also say the opportunity, to deeply rethink urban planning and, by extension, the way we live in them.

An innovative and involved community

The main discussed themes of the Sidewalk Toronto project are the following:

This last argument is of course very interesting to us. In this redesigned neighborhood of Quayside, the mobility is above all multimodal. To go from a point A to a point B, the inhabitants can count of a mobility offer combining walking, biking and the use of buses or rails.

To leap into the future, this district will also be equipped of a fleet of self-driving vehicles, completing the public transportation services. The advantage of this kind of vehicles? They can optimize travels and therefore make a more efficient use of roads, reducing congestion and air pollution at the same time.

Project of a private player subjected to public opinion

And precisely what are the citizens of Toronto thinking of this project? This is what Sidewalk Labs wanted to discuss by organizing three public roundtables since march. In a report published after the first one, a few considerations stand out. 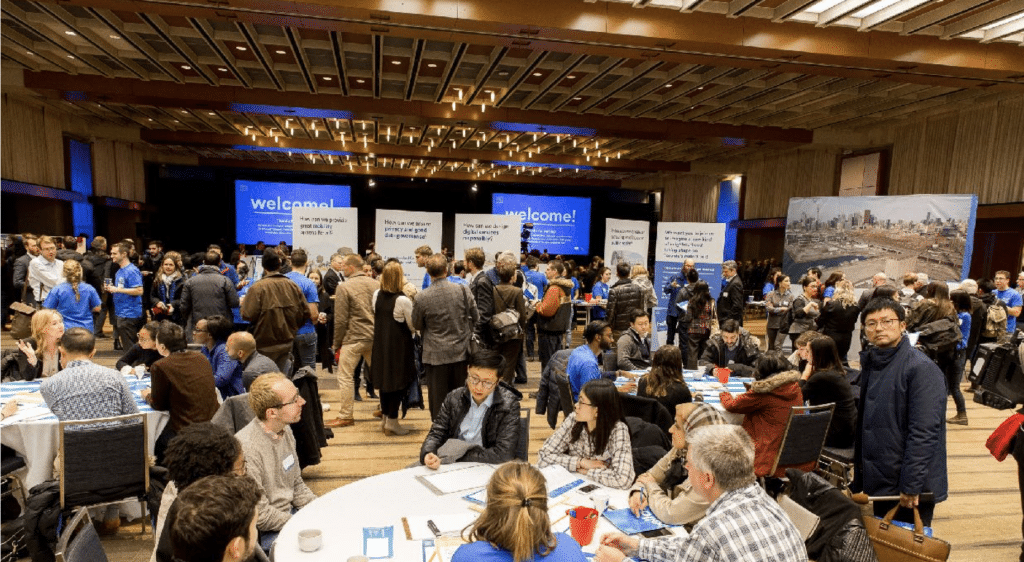 Overall, citizens are enthusiastic towards the use of sustainable technologies allowing the reduction of greenhouse gases emissions but also regarding the ambition to improve the mobility of everyone on a daily basis. Especially in a city especially prone to congestion.

Among the raised concerns, the deployment of efficient services for the community as well as the protection of the citizens’ data produced by the use of the implemented technologies in the new neighbourhood (sensors, open data platform…). Understandable, especially when a giant like Google is at the initiative of the project… 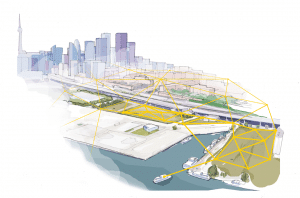 Another fear of the inhabitants? That the new area becomes an exclusive “hub”, transforming itself into a Silicon Valley like place, made only to experiment new uses and technologies, cut from the rest of the city as well as from economic realities. To summarize, it’s mainly the gentrification phenomenon that could happen that scares away. Because it usually brings along a raise of rents and an income inequality. Far from the picture of a neighbourhood serving its community.

But by organizing public meetings, such as roundtables, with Torontonians, Sidewalk Labs shows its willingness to fully involve them in the conception of this project to insure its success. The success of a smart community, between experimentation and utopia.

This website uses cookies to improve your experience while you navigate through the website. Out of these, the cookies that are categorized as necessary are stored on your browser as they are essential for the working of basic functionalities of the website. We also use third-party cookies that help us analyze and understand how you use this website. These cookies will be stored in your browser only with your consent. You also have the option to opt-out of these cookies. But opting out of some of these cookies may affect your browsing experience.
Save & Accept