From the vengeful car, to talkative taxis and road companions with vocal control, autonomous vehicles haunt our collective imaginary since ages. Between a powerful technological dream and an almost ethical concern, all these representations largely influenced the transition we are experiencing today between fantasy and reality, as the race to the autonomy has never been so intense.

Intelligent vehicle as a sidekick

Who doesn’t remember David Hasselhoff, wind in his hair and leather jacket on his shoulders, ever so classy at the steering wheel of KITT? Equipped with an artificial intelligence, it acted like an ideal sidekick in all of Michael Knight’s adventures, both able to get by autonomously and communicate like a real human being. The 80’s tv show then impersonated a phenomenon that already existed in mainstream pop culture: the idea of a vehicle being an extension and attribute of the hero.

But here the presence of a driver such as Knight in a vehicle that could entirely move by itself perfectly demonstrates the reluctance we have to « erase » the human factor in the decision process although the vehicle has proven many times that it is intelligent enough to be self sufficient. It is very similar to what we can see today with semi-autonomous Tesla in which the driver has to keep the hands on the steering wheel in order to react as quickly as possible in case of danger.

In the majority of scenarios, it is always that friction between the vehicle’s artificial intelligence and human reactions that is central. And despite technological advances science-fiction does not seem to have quite yet resolve this human-machine cohabitation.

In 2048, it is Schwarzy that gets up close more or less successfully with Johnny Cabs in Total Recall (1990). Autonomous taxis, they nevertheless have a somewhat driver through the figure of a bottomless robot in charge of taking passengers’ instructions and making conversation. All of that with a questionable… success.

In this case, human behavior and emotions confront the mathematical rationality of the machine who’s just responding to exact instructions. Any deviation from this path is the cause of many consequences, not all of them positive. How to be sure then that we’re still in control of our travels, and not the other way around?

This mobility scheme, with a company creating a monopoly on the autonomous taxi market, is very similar to the one Uber started with its driverless vehicle network. The first tests were conducted on the streets of Pittsburgh in the United States, and despite some disappointments it should extend to other cities. The long-term ambition? Officially launch autonomous taxis on the country’s roads by the middle of 2019. It remains to be seen whether drivers in augmented reality will be involved.

Mobility as a mathematical rationality

In Minority Report (2002), Steven Spielberg depicted the Washington of 2054, where the circulation of smart vehicles is set as clockwork, in a dance oscillating between a mind-blowing horizontality and a breathtaking verticality. In this adaptation of a Philip K.Dick’s short story, the hero John Anderton (played by Tom Cruise) travels in a slick vehicle designed by Lexus for the movie. These cars, that can be driven manually or autonomously, are equipped with an artificial intelligence responding to vocal control.

In order to offer an optimal circulation and an urban environment without trafic jams, all these intelligent vehicles are part of a network, a complex informatics system that globally manage the urban mobility. One interesting fact is that if needed a vehicle can be controlled from afar, by « short-circuiting » its navigation datas. For example, in the movie the police forces take over the vehicle by changing its destination.

This vision of urban mobility as a unity is strongly resonating with smart mobility problematics. Another way to think travels, mathematically and optimally, by using quantic computers able to make complex calculations more effectively. Ideal to treat the massive volume of data that connected and autonomous vehicles will produce much sooner as we think.

The city of Bangkok has already taken an important step towards rationalizing its urban mobility by investing in a D-Wave quantum computer. The mission will be to optimize the routes of no less than 130,000 cars and trucks through the Thai capital through calculations based on road traffic. An experience worthy of a real smart city that should emulate in other cities.

Will autonomy be the next big step?

Today it is a myriad of actors who embark on this quest for the Grail that is the total control of autonomous technology. Automakers (such as Audi, Toyota or General Motors), GAFA with projects such as the one lead by Waymo (Google) or mobility services companies (Uber) seem to compete intelligently and multiply partnerships with start-ups in order to stay on the cutting edge of the technology and to keep ahead of competitors: it is a matter of time. 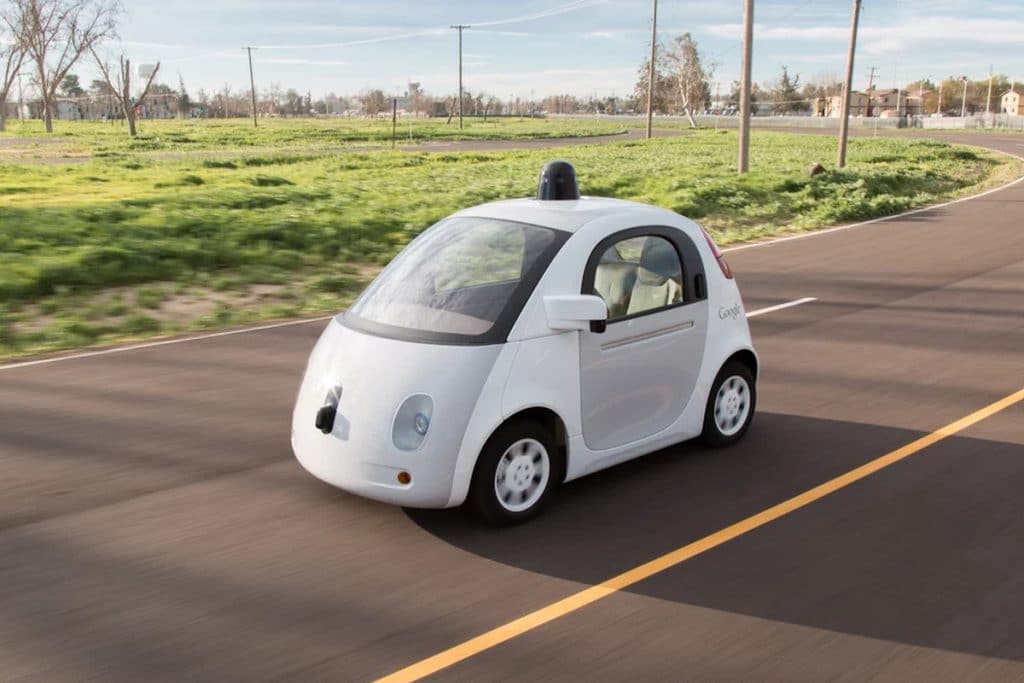 One of the biggest projects remains road safety legislation, while several fatal accidents involving autonomous vehicles have shaken public opinion in recent months. It is now a question of reassuring and demonstrating in a concrete way that autonomous vehicles on our roads will in the long term enable a reduction of road deaths as well as an overall improvement of the transport conditions of the greatest number. Bets are open, but it is sometimes very difficult to get rid of bad reputations.

Level 1: In level 1, autonomy corresponds to the various driving aids that are common today in new vehicle models. They include ABS, ESP, blind spot detectors and adaptive speed controllers. The help is very limited and the driver is responsible for his vehicle.
Level 2: This level corresponds to a control function combining the steering and the control of the accelerator as well as the brake of the vehicle. In addition, the vehicle automatically manages the distances and its trajectory, it can change lanes or stop and restart in case of traffic jams. As for the driver, his feet are no longer on the pedals but his hands remain on the steering wheel.
Level 3: The driver have to stay behind the wheel but is allowed, in some countries, to release the steering wheel. Driving may be delegated to the vehicle in certain situations, but the driver must be able to regain control in a few seconds in case of danger.
Level 4: Allowed first on highways, here the driver is not required to oversee the driving. He is in the vehicle, not necessarily behind the wheel, and can for example watch a movie, the electronics taking care of everything.
Level 5: The highest level, the vehicle can drive and park itself or even pick up customers if they are robots-taxis: Full automation.

What if autonomy was also a big opportunity for shared mobility? We discuss it in our article on the economy of passengers. 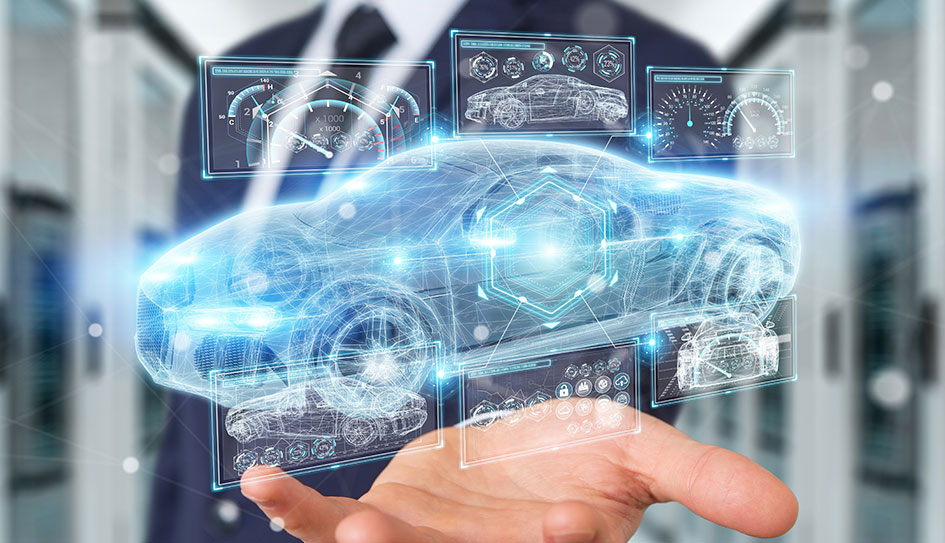 In addition to pushing residents to rethink their mobility, the COVID-19 crisis has also highlighted the impact of our trips on the environment. Encouraged by government measures but also by convictions, more and more companies are opting for shared and more... 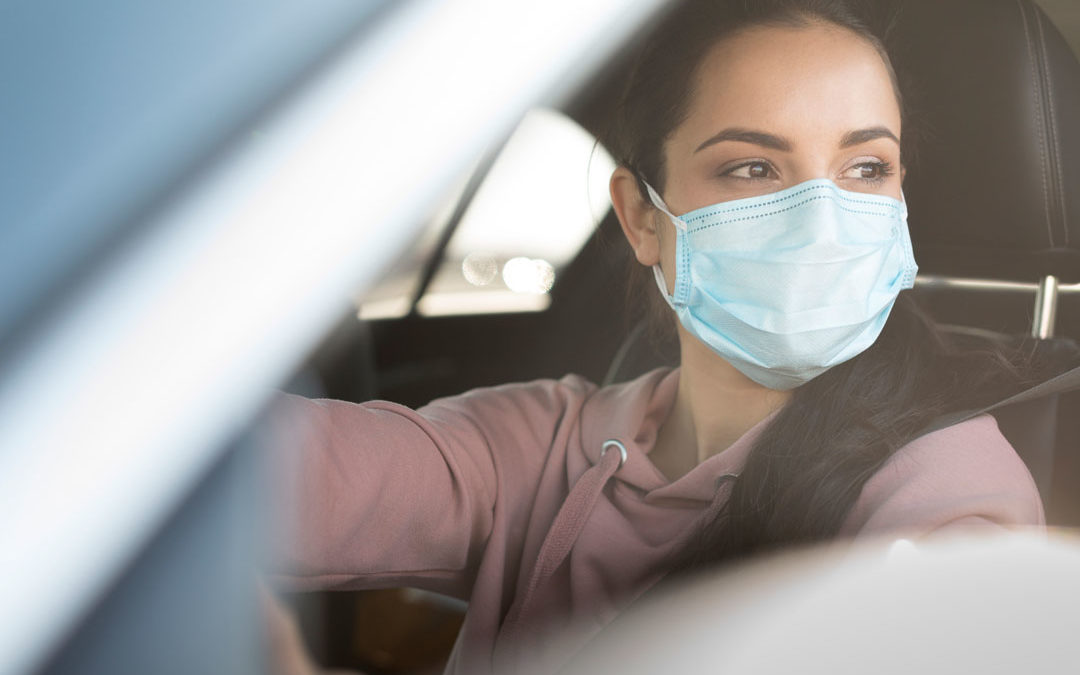 Obviously, the health crisis of this year 2020 had huge consequences on the way we moved, all around the world. As many countries were in quarantine, transportation just...stopped. In a perpetually moving world, it was sure a strange period of time. But it also... 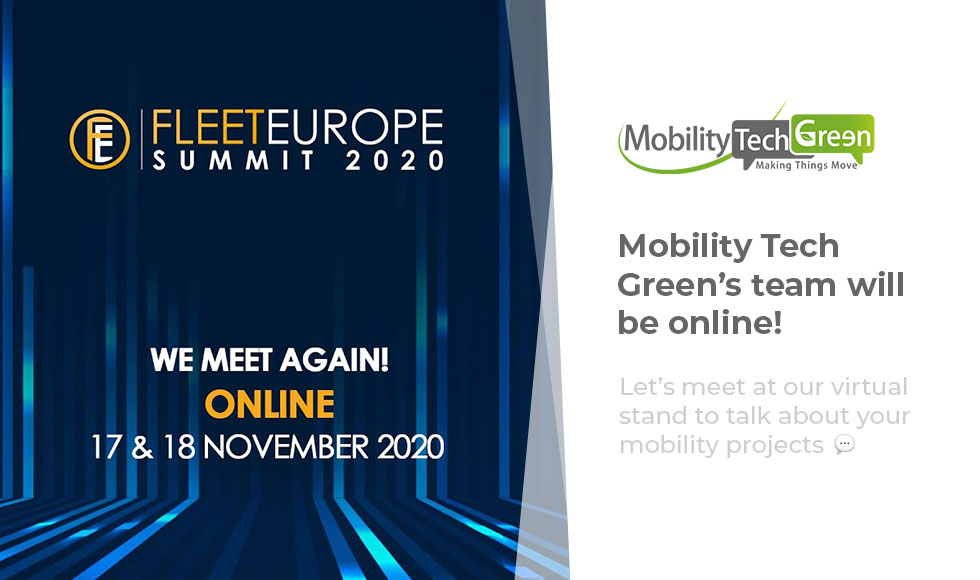 After a first participation in 2017 in Estoril, our team is back for this Fleet Europe Summit 2020. A 100% digital edition this year. But that will nonetheless remain a B2B event not to be missed for fleet managers and mobility players! Our sales and communication...