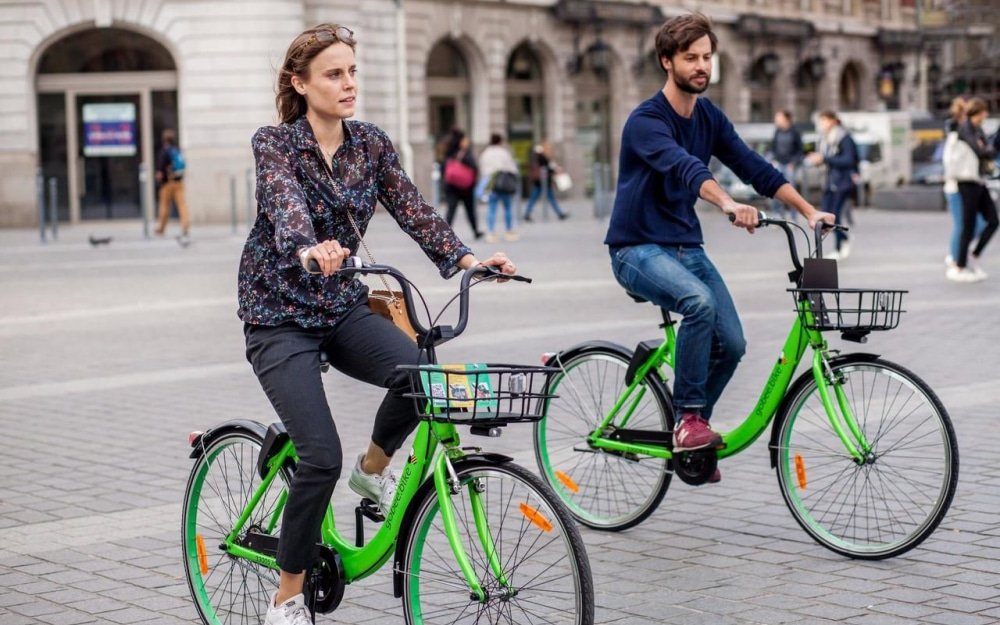 After submerging the chinese market, free floating bike services are arriving in Europe and represent a direct concurrence to self-service bicycles operated via a network of stations, which are currently thriving in most of european big cities. How to explain the success of this kind of shared mobility? In a more general manner, is free floating really a more practical and cost-effective model?

No need to find a station anymore to go on a ride: all you have to do is grab your smartphone, install a mobile application and find the available bikes thanks to geo-tracking. Once you fond the perfect bike for you, just scan the QR Code to unlock the safety lock and you’re ready to go! Another significant advantage is the possibility for the user to pay for the travel only instead of having the obligation to subscribe to the service for a given period. All these functionnalities allow a more seamless user experience by reducing contraints.

The first economic players to launch their services in Paris are Gobee.bike, a company from Hong Kong which was founded by a french, oBike but also the chinese mondial leader Ofo which already operates more than 10 millions bicycles across the world.

This model already existed for other types of vehicles, such as cars with successful free floating carsharing services. But in France the pioneer is without doubt Cityscoot, a scooter renting service without any stations. After a little more than one year of existence Cityscoot already has 55,000 members and registers no less than 1 million travels in Paris.

On the way to new free floating urban regulations?

But this system without stations bring real questionings about urban planning, municipalities fearing that the vehicles will be dropped anywhere, cluttering walkways. Vandalism is also a big concern, with examples in China of big mountains of abandoned bikes. But most of operators mention the geo-tracking system, with a GPS chipset on every bike or vehicle, as a way to prevent this problem.

Another aspect of free floating that could be problematic is, simply put, the economical model. A vehicles’ sharing service with stations is way easier to manage and costs less in logistics. Indeed, the bikes, cars or scooters don’t have to be brought back if they are dropped in an inadequate location. In the case of the bikes, they have to be rented at least 5 or 6 times a day in order to be cost-effective.

This ruthless competition between different private players and public operators, such as Le Velib’ in Paris, already begins to bring new questions on the table for municipalities concerning the occupation of public spaces.

Will new urban planning regulations be necessary? The next few years are gonna be defining for the evolution of this shared mobility model which is already promised to quite a success on the european market.

This website uses cookies to improve your experience while you navigate through the website. Out of these, the cookies that are categorized as necessary are stored on your browser as they are essential for the working of basic functionalities of the website. We also use third-party cookies that help us analyze and understand how you use this website. These cookies will be stored in your browser only with your consent. You also have the option to opt-out of these cookies. But opting out of some of these cookies may affect your browsing experience.
Save & Accept