CarSharing : State of the art of the market in key numbers

During the last decade, the world urban population distribution has grown from 25% to 50%. more than 3 billion of individuals now live in a city. In 25 years from now,  9 billion of people will be living in urban areas, that is to say more than today’s total world population. In 2005, almost 890 million vehicles were travelling the earth (CCFA, 2005). in 2007, it was over a billion. Form 1955 to 2005, the increase in their number was about three times faster than the population growth. The United States remains the most motorised country with 844 vehicles for 100 inhabitants in 2007. Fortunately, the trend is decreasing. Likewise, the number of vehicles remains stable or weakly increases in the country said to be “developed” like Germany, France, Japan or Canada. Today, the emerging economies are the ones to dope the automobile market : there were 3,8 million vehicles in China in 2000, 43,2 million in 2011, it is the third most important fleet after the United States and Japan. In the meantime, Russia has grown from 20,4 million to 365,4 million cars ; Brazil went from 15,4 million to 27,4 million ; India from 5,2 million to 14,2 million. According to the United Nations, the world automobile park is to triple by 2050, powered at 80% by the developing economies.

For Frost and Sullivan, the mobility sector would be about to know a great change. Indeed, the paradigm of mobility seems to gradually shift from the possession to the use of the car thanks to the very strong growth in the renting, car-sharing and carpooling sectors. Moreover, it must be noted that these new mobility modes affect both the individual and businesses. This is the case of car-sharing which has enormously gained in popularity these last few years. With a 50% growth in subscriptions, car-sharing is now adopted by the companies. According to Sarwant Singh, Senior Partner and Practice Director of Automotive and Transport at Frost & Sullivan, “car-sharing, initially based on B2C and P2P, now works in B2B as well with the growing popularity of car-sharing in companies.” Indeed, car-sharing appears to companies as an alternative to their often expensive car park. Then, Frost & Sullivan estimates that 80 000 vehicles should be working in car-sharing in European companies by 2018-2020. the number of actors on the car-sharing for companies market in Europe will increase from 13 to 30 by 2020. the number of european companies to integrate a car-sharing service for their employees will go from 200 in 2013 to 4000 by 2020 and will represent 0,5% of  the european companies’ global fleet (0,01% in 2013). Finally, according to the Roland Berger institute, it seems that the Japanese car-sharing market will increase of 80% per year during the next 5 years ! This can be explained by government subsidies and incentive measures. Indeed, the Chinese government thus plans to save parking spaces for vehicles in car-sharing. Analysts thus expect the car-sharing market to grow by 41,35% per year over the 2013-2018 period. This report covers the current state of the art and the growth prospects of the global car-sharing market over the 2014-2018 period.

“Today, the private vehicle, unused 95% of the time is the rule for the urban, suburban and long distance travels” recognises the Environment and Energy Management Agency (Ademe).but in a report on travels by 2050, the Agency expects the number of vehicles to reduce from 35 to 22 million. This is what France Nature Environments (FNE) means by “the end of the solo car” in a guide dedicated to elected officials and decision-makers. The different experts in the sector predict for 2014 a year of opportunity, especially for companies with strong mobility needs. Indeed, the number of car-sharing services users is estimated to reach 15 million by 2020 (currently counting 70 000 users in 2013 according to Frost & Sullivan analysis). This long-term growth principally lies on one main factor: the collaborative economy ! It is a movement that emerged in the music industry sector and has become a model acclaimed by young consumers. Lisa Jerram, Analyst for Navigant Research suggests on that point that “in 2013, car makers have observed that these new consumption patterns are a real opportunity and that they need to adapt because they will not run along the traditional route.” on this basis, AlixPartners LLP, renowned American consulting firm in the automobile sphere, brings up the fact that americans are turning more and more to car sharing and abandon the purchase of vehicles. Indeed, the practice of car-sharing has prevented the purchase of 500 000 new or used cars between 2006 and 2013 ! Then the United States also witness the shift in theparadigm from possession to the use of the vehicle. An emblematic case of the success of car-sharing : Chicago

In Chicago, more than 1200 employees use car-sharing. According to Kevin Campbell, director of the city of Chicago’s car park, the city has achieved significant savings by switching to car-sharing. Its fleet went from 1000 to 650 vehicles since the establishment of the system. Moreover, the city has also reduced the parking costs which previously stood at 200 euros per month and per vehicle. In the end, the city of Chicago saved more than 7 million dollars since January, 1st 201; the total cost for the setting up of the system thus amounts to 500 000 dollars. But Chicago is not done, Kara Kockleman, civil engineer from the University of Texas at Austin has recently modelled this problem with her research team. Using as reference the density of Austin’s population, they stimulated an average home-work travel based on the assumption that only 5% of these travels would be made by autonomous vehicles in car-sharing.  The rest being traditionally done by personal cars. The results provide a very interesting glimpse at a world without the ownership of a car. Indeed, each autonomous vehicle in car-sharing replaced 11 cars on the road ! Actually, the 20 000 people composing this car-sharing network have met their mobility needs using only 1700 autonomous vehicles in car-sharing against an average of 20 000 private cars. Most importantly, those members have on average waited for only 20 seconds before being served by the service !

A mapped route to the autonomous vehicle ?

Alan Kornhauser, researcher at Princeton University working on autonomous vehicles mentioned about his that “what will certainly happen is that nobody will be the owner of a car anymore ! If you have access to mobility it is more appropriate to buy the content than the container “ he explains. “today, our problem is that people buy a car to meet their needs of mobility. But the cars without drivers considerably change the equation. Today, less than 17% of household vehicles travel simultaneously. Even if a small fraction of these unused cars was replaced by car-sharing autonomous vehicles, the reduction of the total mileage cost would be immense.” explains Mister Kornhauser. His statement is even more relevant when we consider that ¼ of the members of car-sharing services have abandoned their personal car ! Finally, between 2015 and 2020, the Strategy& PwC firm estimates that the connected vehicle market will quadruple and reach 115,2 billion revenue in the world  in 2020. a boom that will essentially benefit to two segments of technology : the safety and the driving assistance, which will respectively reach 47,34 and 35,66 billion euros by 2020. 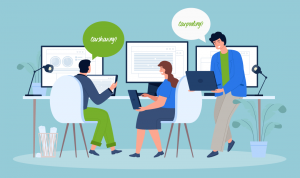 Gallery image with caption: Carsharing and carpooling: a perfect synergy for your corporate mobility 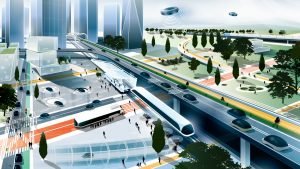 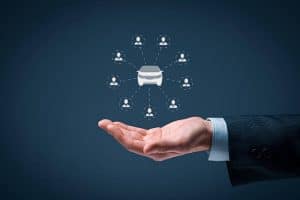 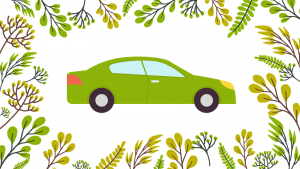 Gallery image with caption: What are the real eco-benefits of carsharing? 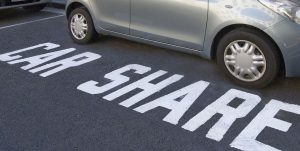